Iran under attack by Geophysical Warfare!

To understand more about the background of Geophysical Warfare, please read the 1960, CIA Memorandum on Climate Control !

"Once the second-largest saltwater lake in the Middle East, Lake Urmia attracted birds and bathers to bask in its turquoise waters in northwest Iran. Then beginning in the 1970s, nearly three decades of drought and high water demands on the lake shriveled the basin, shrinking it by 80 percent."

"Recent torrential rains have replenished the water levels of this aquatic gem once known as “the turquoise solitaire of Azerbaijan.” At its greatest extent, Lake Urmia once covered a surface area of 5,000 square kilometers (2,000 square miles)."

"The fresh pulse of water came from intense rains during the fall of 2018 and spring 2019. In late March and early April 2019, 26 of Iran’s 31 provinces were affected by deadly flooding from the rain and the seasonal melting of snow cover in the mountains." 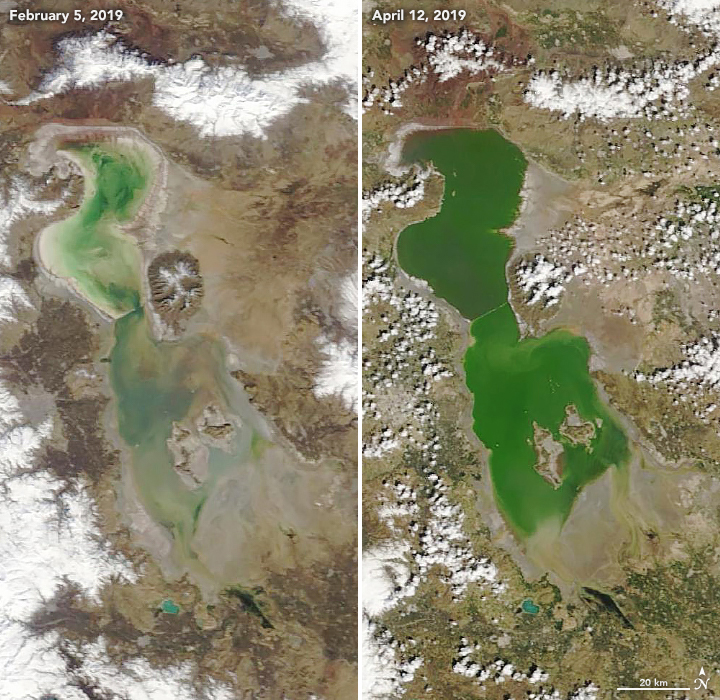 "The images above, acquired by Terra MODIS, show the lake on February 5, 2019, and April 12, 2019, before and after the recent floods in the region. The rains were reported to be the heaviest Iran has seen in 50 years. After the spring rains, the depth of the lake increased by 62 centimeters (24 inches) compared to the spring of 2018."

@shina_ansari: "Reconciliation of Flamingos with Lake Urmia Now Lake Urmia is recovering after several years of ill health and the volume of lake water is close to 2 billion cubic meters." 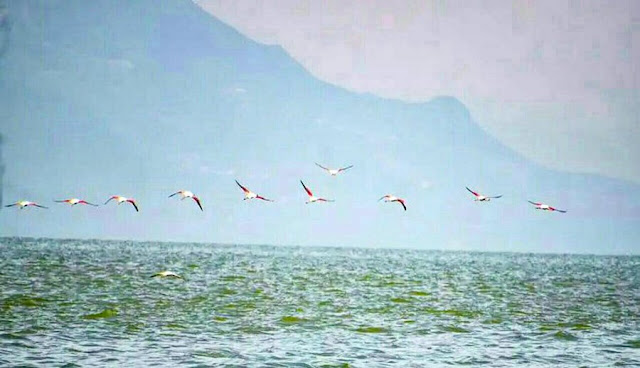 
This is NOT WEATHER!

This is GEOPHYSICAL WARFARE!

Really disturbing images of flash floods in #Iran. This reportedly is the city of #Shiraz. pic.twitter.com/Hj5w0W0UuX
— Bahman Kalbasi (@BahmanKalbasi) March 25, 2019

Flash floods kill at least 17 in and around #Shiraz#Iran pic.twitter.com/uColWn4IcY
— Ruptly (@Ruptly) March 25, 2019

It is very heartbreaking to watch.I’m in tears as I watch these scenes from flash floods across my country Iran, devastating villages in the north to cities like #Shiraz.
At least 10 killed and 15 injured in flooding in Shiraz #Iran. pic.twitter.com/fJ6bTymVSc
— Masih Alinejad 🏳️ (@AlinejadMasih) March 25, 2019

The empire is working like a mafia gang. First the shop owners are robbed out and beaten up by the mafia, then the same mafia offers protection.

The beginning of the SRM rollout is always unexpected, unprecedented extreme weather with flash rain, flash floods and killed people because of that.

If the country rulers are stupid enough, they accept the explanation about globalwarming & climatechange, as the reason of anomalies. Most of the European rulers are stupid, bribable or can be blackmailed, because they are perverts (look to UK, the Roman Catholic Church and the German pedagogues to understand more). Let us hope the Iranians are better.

After the catastrophe the empire offers the countries, under the condition of accepting a "secret contract", a protecting technology, which is Solar Radiation Management with chemtrails & HAARP within the Troposphere (height: 0 to 11 km).

The empire gets control of airspace over the border of 2km and starts to steal the tropospheric water, selling it to the oil & gas industry for fracking and farming in the desert.

Now we learn about the new nuclear deal with Iran, absurdly discussed in a round table with Iran being the only country without nuclear weapons - Germany as an imperial submitted vassal doesn't count.

In timely coordination Iran gets under flash rain & flash floods, the same procedure before every European country subscribed their secret contracts, allowing the Empire to create a tropospheric water highway to bring the water to the Arab deserts.

For petrodictators the control of the airspace for this project is the main reason for their attack on Syria & Iraq. Without SRM water delivery they have to stop a huge part of their oil and nearly all gas production.

For fracking they need rain water. The source countries of water, in that case European, get cheap oil & gas as payment for their service, which is poisoning European environment & European citizens.

Now the turn comes to Iran.

It would be a huge treason and the biggest mistake if Iran cooperates with the empire in that field. Ordering the stop of SRM over Syria and Iraq would compel the Saudis to concessions and defeat without further physical war. This is a huge power in the hands of Iranian government, if the Iranians are smart enough to understand the SRM technology. 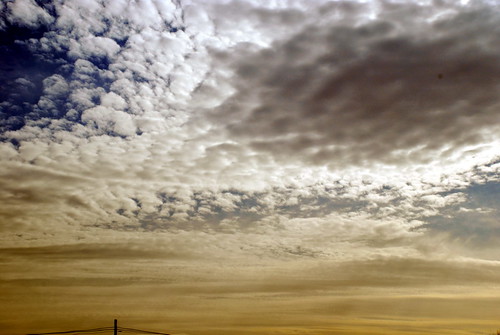 
Mass of farm water to be dedicated to Lake Urmia restoration
http://en.mehrnews.com/news/122555/Mass-of-farm-water-to-be-dedicated-to-Lake-Urmia-restoration http://ifpnews.com/exclusive/iran-use-drone-cloud-seeding-desert-areas/
"Iran plans to use unmanned aerial vehicles (UAVs) to seed the clouds in the dry province of Yazd for the first time, an Iranian official declared."
"Farid Golkar, the director of Iranian Water Research Institute, announced that the centre has signed a contract with a reputable private company that designs drones for cloud seeding."
"He then pointed that the cloud seeding plan has been earlier carried out using other types of aircraft in eight provinces."

Iran is applying the same Tropospheric Water Grabbing methods to get its share!

This water is missed in Iran!
It is let down in Turkey, to prevent it reaching Iran!
The collateral damage of the people in Turkey is not compensated!

Insider knowledge about the CIA! https://geoarchitektur.blogspot.com/p/insider-knowledge-about-cia.html