All over the world, so called scientists claim absurd lies about CO2 would heat the Earth. Obviously these people don't know anything about the components of atmosphere, the properties of CO2, water physics, nephology and meteorology. Their claims about CO2 are not only absurd but also very dangerous. So these people must be idiots or criminal liars!

Scientific method begins with an observation and questioning. We all observe the degradation of the society by debt and idiocy and so arise the questions and answers!

How can criminal liars or idiots be deemed as scientists?

Science is based on evidence! So evidently they are not telling the truth!
So what are all these well financed, well organized idiots miming scientist but producing and fostering lies about all fields of science?

Do they deserve to be named scientists or should they be exposed as fraudsters to protect real honest and well educated scientist?

If their claims are based on bad education and lack of intelligence, than they are idiots in the proverbial meaning of idiocy!

I name them scientiputas, science whores or similar, but never again scientists, to protect real science from insult!

Why are there so many educated serfs, following the orders by money?

Money has the power to turn up the values upside down!
Because money is the most important element of a complex society!

Keiser Report: Money out of Thin Debt Air (E580)
Not the political system, not the politicians, not the juristiction, the police, the army, the church is the driving component of the society, it is the monetary system! Not having societal ownership on monetary system turns the whole society into debt based serfdom of the real owners of ruling monetary system!

Why are there so many educated idiots, selling the propaganda of the geoengineering mafia?


These people are brainwashed idiots and dependents in servitude on debt money. Their success is not defined by knowledge and telling of truth, but in selling lies for payment in money.

Geoengineering mafia makes money by fraud and pays a small part of this profit of abuse to its serfs to sell the fraud!

Which are the breeding houses of idiots and idiocy?

Like all other parts of the fraud system, the education is defrauded by money. Just follow the money to find the breeding houses of idiocy. So let us make a list of the universities, which propagate geoengineering just by looking into the bios of their spawn!
It is similar all over the world!

Whoever assumed that the German people are well educated and by a scientific education system must be disappointed! The main epicenter of Climatism scam is Germany!

Soon, the climate scam may fall apart and all the educated idiots, following the orders of the Ponzi scheme masters will become embarrassed and would like to forget their involvement. To expose them, following album contains screenshots of their websites containing their "education" offer about "climate change"!


Look, the geoengineering mafia is ordering to "teach" about "climate change".

"Universities have been criticized for failing to prepare enough students to work in the hugely important field of climate change - but what more could they be doing?"

"The criticism comes from Michael Gillenwater of Princeton University, one of the editors of a new journal, Greenhouse Gas Measurement and Management."

"The problem is that the world only needs a small number of top scientists to tell us about the problem of global warming. Doing something about it calls for more people with different skills."

"The other sort of course that has expanded apace in response to climate change, says Gillenwater, is a raft of degrees in 'sustainability'."

“Universities and other educational institutions have yet to undertake the necessary innovations and transformations that will be needed to prepare a future workforce on the scale necessary to address the challenge of greenhouse gas mitigation in a way that instils public and policy-maker confidence."

"People who take it seriously can either get PhDs and become researchers, or become activists."

"There is no real profession for people wanting to be involved in the new jobs which climate change will generate." 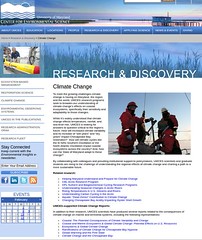 
No one should ever pay anything for such a system. A system where the students become debt serfs of the Bankster Pervert Empire of Deception (BPED) can never intend to educate, it only abuses education to produce more debt serfs, like abusing all other realms of society!

Should we call the current ruling system Idiocraty, because we are educated and ruled by idiots?

As the system produces idiots and places them on all key hierarchy layers to keep abusive control on the society, we are ruled by idiots, so naming it Idiocracy is the logical conclusion.

Or should we call the current ruling system Serfocracy, because we are ruled and educated by serfs?

The idiots and all members of the society and the society at all is abused, treated and kept in serfdom. So naming it Serfocracy is also logical conclusion.

In a Serfocraty or Idiocraty no one can be free or wise, even the ones deeming themselves as the system masters must be somehow dumb, at least psychologically handicapped, be psychopaths and perverts!

Only serfs and idiots are happy in a Serfocraty or Idiocraty!

So why are all people serfs?

Serfdom is a result of being indebted! Obviously indebting people is the most effective way of serfdom, because the chains are invisible! The serfs don't realize that they are "stocks" to their masters and traded on "stock bonds"!

Only when moving the serf realizes own chains and also moves all the others chained to him!

The others may be annoyed by the move and would like to stay happy serfs!

Debt Slavery Via The College Education Bubble and Scam

Voices of Debt - The Student Loan Crisis: Don't Major in Debt
ABC 20/20 - College is a Rip Off

Scholarslip: A documentary about the student debt crisis

Student Debt By Major: What Not To Study To Avoid A Lifetime Of Debt Slavery
http://www.zerohedge.com/news/2014-11-22/student-debt-major-what-not-study-avoid-lifetime-debt-slavery

This is How Consumers Turn into Debt Slaves
by Wolf Richter • Nov 8, 2016
The Fed likes the word “credit.” Sounds less onerous than “debt.”
http://wolfstreet.com/2016/11/08/portrait-of-the-american-debt-slave-as-of-q3/

WHO GOT RICH OFF THE STUDENT DEBT CRISIS
By James B. Steele and Lance Williams / June 28, 2016
https://www.revealnews.org/article/who-got-rich-off-the-student-debt-crisis/
"42 million people owe $1.3 trillion in student debt.
It’s a profit center for Wall Street and the government. Here’s how we got into this mess."

https://www.indybay.org/newsitems/2005/01/06/17131771.php
The indebted ones Student debt risks becoming an enduring burden for young Americans. It should be lightened

Does any "dumbificated "academics" with or without "Nobel Prize" realize who is under the servitude of debt and who is not?

http://russia-insider.com/en/worlds-1-financial-daily-russia-hoarding-gold-because-it-understands-western-world-has-insane
"The Financial Times says that the US is "beset by uncertainty", while stable, gold-heavy Russia is "worth another look""

"In early February, Bloomberg reported that Russia and China were dumping U.S. treasuries for gold in order to "shield themselves from the U.S. government's ability to control the value of their holdings.""

"Since then, it's been revealed that Russia has accelerated its gold-buying spree as it works towards a "gold ruble" strategy that will safeguard against western economic warfare."

"The Financial Times — widely considered the world's most authoritative financial daily — has now made its own opinions on this matter clear: "The western world has insane amounts of debt" while Russia is stable, well-positioned and undervalued."

Central Bankers suppressing Russian economy
"Russia is ten steps ahead of you.
2017 is going to be a hell of a year."