Climatology is a religion, as fake and criminal as Scientology or Mafia or any other despotic crime gang!
Michael Crichton - Unpopular Truth
Dec 22, 2008


It's promise of "saving the climate " is as unreal as the Church claims to "saving the souls"! 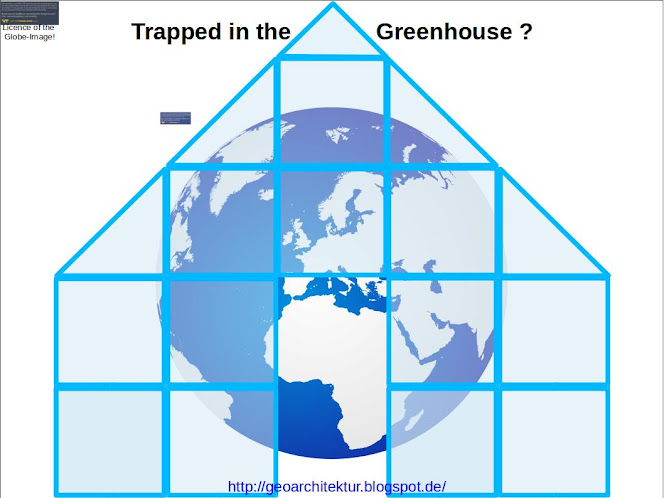 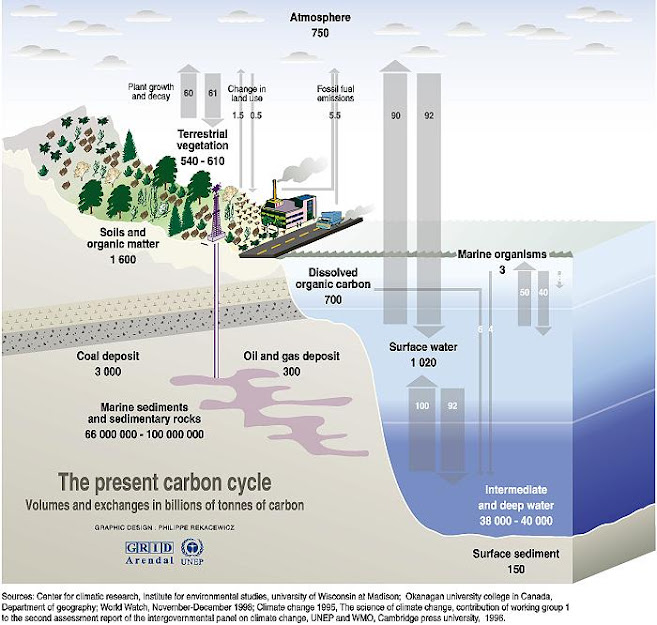 You are not allowed to question these claims, else You will be blamed as a heretic, called denier! You can lose Your job, Your reputation and will be shunned down and blocked from publicity.

You are not allowed to use notions which could make the activities of the criminals look bad, e.g. chemtrails, water theft, pollution of troposhere!

And very important, never say that SRM is done in the TROPOSPHERE (ca 0-11km), because the Climatology Church wants You believe that it will be done only in the STRATOSPHERE (20-80km) ! It is easy to fake the masses, because 99% of the people lack the basic knowledge about the layers of Atmosphere .

That does not mean, that they don't touch the stratosphere. They are intentionally depleting the ozone in the stratosphere to deliver more energetic radiation to evaporate more water from the oceans, ice caps and glaciers! 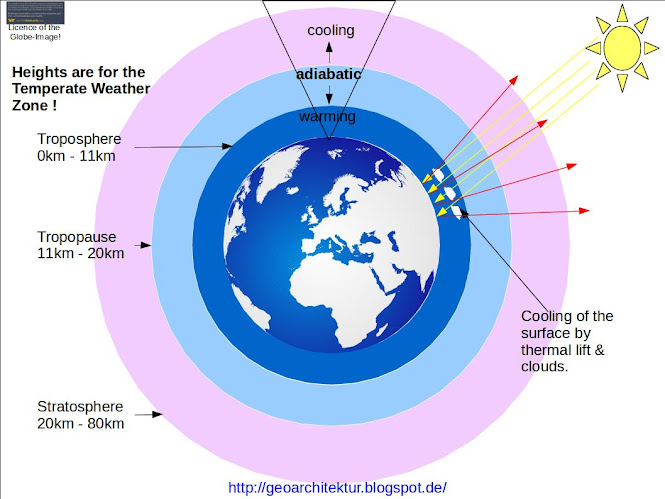 You are not allowed to talk openly about the collateral damages of Geoengineering Tropospheric SRM, which are flash rain, flash tennisball sized hale, extreme lightning, lack of VitaminD , lack of Serotonin, huge amounts of fine particles in the air and a lot of people suffering under the diseases following these.

You are not allowed to talk about forest wildfires because of more lightnings, drought & about inundation and the use of all these also as warfare.

The Climatology spin doctors invent new notions, define and redefine their meaning, when they realize that people start to wake up, they try to keep control on the language, because brainwashing is mainly done by language. This technique is called Neuro Linguistic Programming or just NLP.

Followers of Climatology Church, like You, Clare Heyword, repeat that criminal propaganda without understanding its targets and impacts.

Words like adaptation, mitigation, sustainable or offering the different techniques of Geoengineering as "solutions" to climate change won't make it better.

All claims of Climatology Church about CO2, CH4, NOx are wrong and the opposite is the truth, as true as SWEAT is a result of HEAT, not the other way! 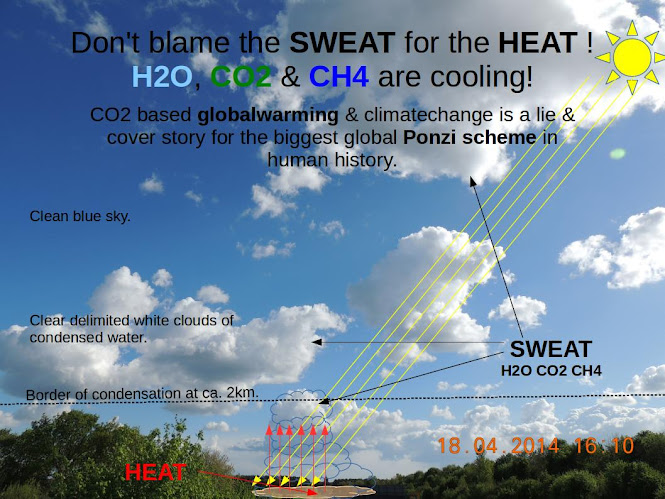 The criminal gang of Climatology is already killing and displacing millions for getting control on the full carbon & water cycle and is blaming the man made globalwarming & climatechange! 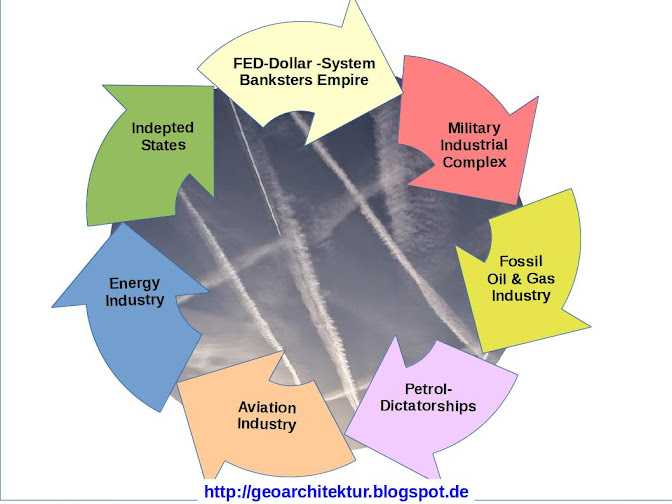 Congratulations Clare, You are a supporter of the ugliest thing, mankind have ever invented!

We are back in the darkest ages of civilization. The fake church is haunting real people for heresy!

RELIGION is not debatable!

CLIMATISM is designed like a religion but it is the most dangerous propaganda for the most damaging industry, the Geoengineering Mafia!

It is turning the reality upside down!

Could the result of a process become its reason? 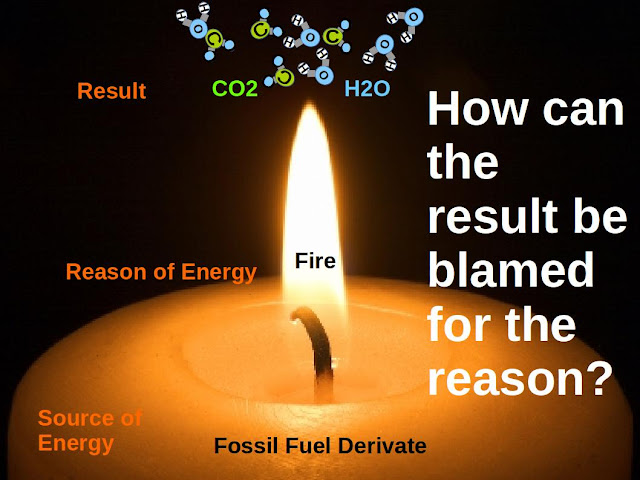 The people are shunned as "deniers" when they reject the brainwashing frame and their punishment is demanded for not believing in lies. The inquisition is back!
Punishing 'climate change deniers'
April 13, 2015 By Thomas Lifson
http://www.americanthinker.com/blog/2015/04/punishing_climate_change_deniers.html

"2012: Dr. Donald Brown, Professor of “Climate Ethics” at Widener University School of Law, again declared that skeptics may be guilty of a “new crime against humanity”. The penalty for crimes against humanity is death."

". . . Climate change denial is actually much worse than Holocaust denial. Holocaust denial deals with the deaths of millions in the past, which it did nothing to cause, however morally odious it surely is. Global warming denial deals with the deaths of millions in the future, which it helps to cause, by crippling efforts to prevent them. And that’s something much worse, as is reflected in law: It’s not a crime to lie about murders in the past, except to hinder a police investigation, or prosecution; but it is a crime to tell enabling lies about future murders—it’s called conspiracy to commit murder.""
French weatherman taken off air after questioning climate change
Agence France-Presse in Paris, Thu 15 Oct 2015 23.28 BST https://www.theguardian.com/world/2015/oct/15/philippe-verdier-french-weatherman-question-climate-change

Silencing the Global Warming SkepticsThe suppression of opposing viewpoints doesn't add credibility to an argument.
http://www.akdart.com/warming5.html
"Global warming is currently such a fashionable political cause that the people who doubt its dire ramifications are being ostracized and squelched by environmental activists and their friends in the so-called news media. But the validity of global warming is still up for debate, because there are plenty of reasons to question the one-sided arguments coming from the political left and the rash presuppositions of environmental activists.

There is no reason to quibble about global warming any further, because the warming has already stopped, all by itself.

"It is our freedom as Americans, particularly the freedom of speech, which generally allows us to express our views without fear of government sanction."
— United States Court of Appeals for the Sixth Circuit,
October 28, 2015. "

"I was asked my views on climate change and I expressed them. My opinion should not be banned from the airwaves. And they should not accompany my remarks with a health warning, saying that I'm outside the scientific consensus, which is untrue."

"Students who are interested in disputing — or simply debating — climate change need not apply for one course in particular at the University of Colorado-Colorado Springs, professors stated as the new school year got underway."

"Three instructors co-teaching an online course called “Medical Humanities in the Digital Age” recently told their students through an email that climate change is not up for debate and those who think it is should not enroll in the course, according to documents first obtained by The College Fix."

"“The point of departure for this course is based on the scientific premise that human induced climate change is valid and occurring,” the email sent to students read. “We will not, at any time, debate the science of climate change, nor will the ‘other side’ of the climate change debate be taught or discussed in this course.”"

"“Opening up a debate that 98% of climate scientists unequivocally agree to be a non-debate would detract from the central concerns of environment and health addressed in this course,” the email continues. “[I]f you believe this premise to be an issue for you, we respectfully ask that you do not take this course, as there are options within the Humanities program for face to face this semester and online next.”"
Dr Tim Ball - Human Caused Global Warming - The Biggest Scam In History
Nov 13, 2016
Al Gore Says God Told Him to Fight Global Warming
http://www.breitbart.com/big-government/2017/06/09/al-gore-says-god-told-fight-global-warming/

"“Regarding the climate movement,” Gore said warming to his point, “there are people who say, ‘God is in complete control of everything that happens, and if the Earth is getting warmer, then maybe God intends that.'”

Gore then rejected that conceit."

"“Well, no,” the million-dollar mansion-owing former veep insisted. “God intends for us to take responsibility for how we treat God’s creation, and if we choose to use the thin shell of atmosphere surrounding our planet as an open sewer for 110-million tons of global-warming pollution every day, the consequences are attributable to us.”"

"He concluded saying, “And if you are a believer, as I am, I think God intends for us to open our eyes and take responsibility for the moral consequences of our actions.”"