How fascism defined itself? 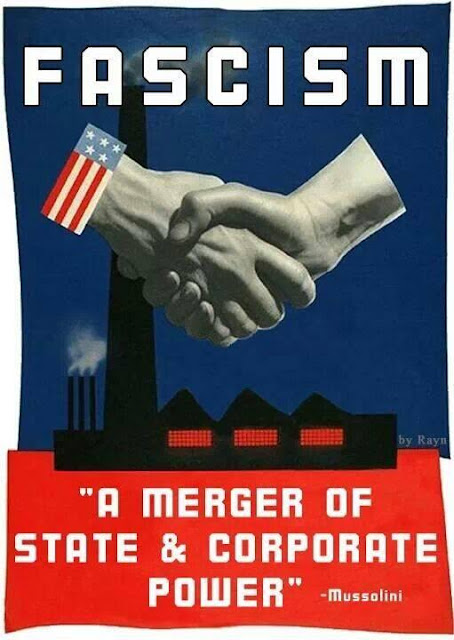 Many people know only its practical side, which is known as misanthropic, racist, discriminatory, bellicose, murderous, full of torture chambers and fraudulent.

How should the global privatization understood, if not as the appropriation of community assets by super-rich entrepreneurs and infinitely rich banksters, where the term super rich is no longer sufficient  to express their power. The source creator of the money, doesn't need to count the money.
Let us question the characteristics of Fascism by referring it to current time!

In a global dictatorship, racism in the sense of racial theory does not make sense, since only one world nation is formed.
The model Fascist Benito Mussolini has already ruled it out:

"Race? It is a feeling, not a reality. Ninety-five per cent, at least. Nothing will ever make me believe that biologically pure races can be show to exist today .... National pride has no need of the delirium of race." 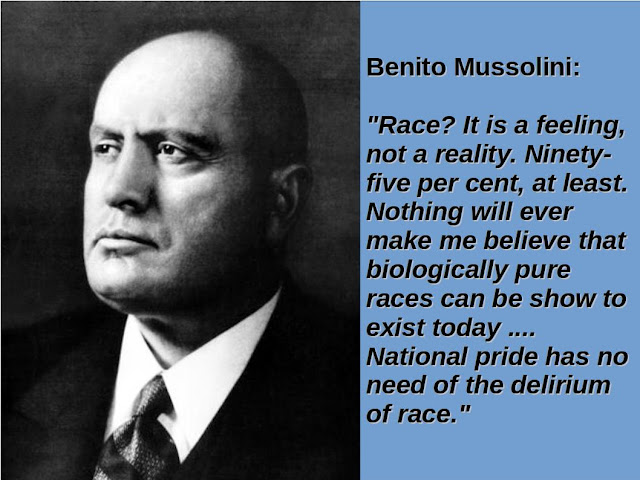 Discrimination remains in the form of rich against poor. The best description comes from Warren Buffet. All the little millionaires and the good middle class people are among the poor and will feel real poverty after the implementation of the world dictatorship .

Warren Buffet:
"There's class warfare, all right, but it's my class, the rich class, that's making war, and we're winning." 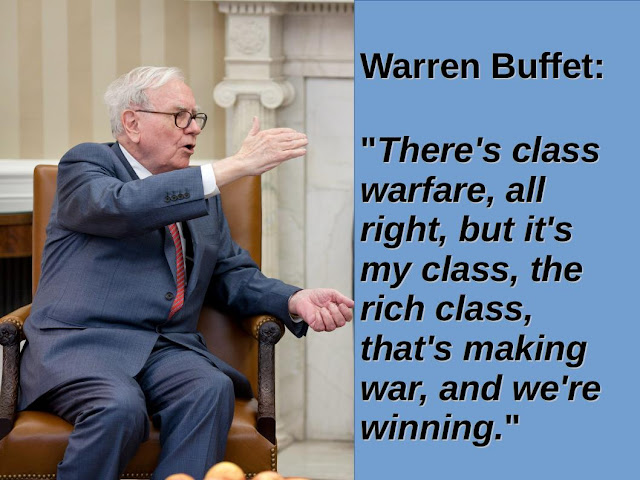 In 2005 and 2006 Citigroup issued two now notorious but highly significant reports for the exclusive use of its richest clients. The first, from October 16, 2005, was “Plutonomy: Buying Luxury, Explaining Global Imbalance”. This 35 page report begins:

"The World is dividing into two blocs – the Plutonomy and the rest. The U.S., UK, and Canada are the key Plutonomies – economies powered by the wealthy. Continental Europe (ex-Italy) and Japan are in the egalitarian bloc.

Equity risk premium embedded in “global imbalances” are unwarranted. In plutonomies the rich absorb a disproportionate chunk of the economy and have a massive impact on reported aggregate numbers like savings rates, current account deficits, consumption levels, etc. This imbalance in inequality expresses itself in the standard scary “global imbalances”. We worry less.

There is no “average consumer” in a Plutonomy. Consensus analyses focusing on the “average” consumer are flawed from the start."
And it continued:
"We project that the plutonomies (the U.S., UK, and Canada) will likely see even more income inequality, disproportionately feeding off a further rise in the profit share in their economies, capitalist-friendly governments, more technology-driven productivity, and globalization."

"The latest Survey of Consumer Finance data was released Friday 24th of February. It shows that the rich in the US continue to be in great shape. We thought this was good time to bang the drum on plutonomy.

Back in October, we coined the term ‘Plutonomy’ (The Global Investigator, Plutonomy: Buying Luxury, Explaining Global Imbalances, October 14 2005). Our thesis is that the rich are the dominant drivers of demand in many economies around the world (the US, UK, Canada and Australia). These economies have seen the rich take an increasing share of income and wealth over the last 20 years, to the extent that the rich now dominate income, wealth and spending in these countries. Asset booms, a rising profit share and favourable treatment by market-friendly governments have allowed the rich to prosper and become a greater share of the economy in the plutonomy countries. Also, new media dissemination technologies like internet downloading, cable and satellite TV, have disproportionately increased the audiences, and hence gains to “superstars” – think golf, soccer, and baseball players, music/TV and movie icons, fashion models, designers, celebrity chefs etc. These “content” providers, the tech whizzes who own the pipes and distribution, the lawyers and bankers who intermediate globalization and productivity, the CEOs who lead the charge in converting globalization and technology to increase the profit share of the economy at the expense of labor, all contribute to plutonomy. Indeed, David Gordon and Ian Dew-Becker of the NBER demonstrate that the top 10%, particularly the top 1% of the US – the plutonomists in our parlance – have benefited disproportionately from the recent productivity surge in the US."

The world has witnessed the 1st and 2nd World War. In 1st the monarchies were executed, in the 2nd  peoples and cultures were destroyed and subjected, by thugs like Mussolini, Hitler, Franco, Stalin. As the basis of a global state of the world bankster currency, the Dollar, was enforced.
We are witnessing the swansong of the Dollar now. It has not been really effective because subjection of the world has not yet grasped. Even the curent imperial spine is attacked and will be broken soon but the world empires hands are tied, in its self-generated webbing of lies. 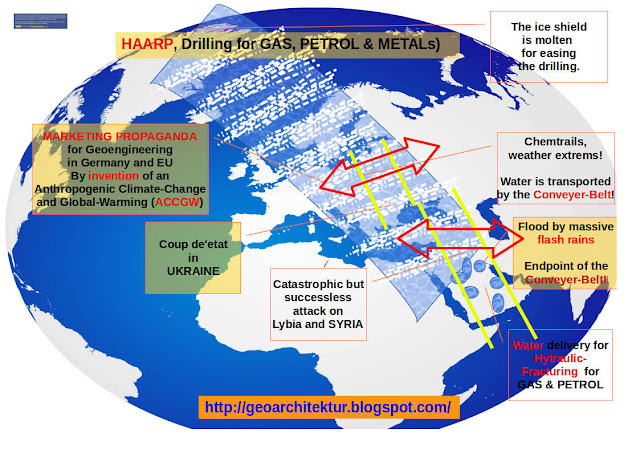 Was there a year, where the current main-vassal of world empire has not conducted a war somewhere, sometimes just for exercise or to distract from a bigger crime?

Obviously the empire fears the return of US troops, they could unexpectedly wake up and liberate their own country!

The Empire is organizing wars, in the best project management methodology manner and with all the brutality. The current project is called "Project for a Greater Middle East". It is from the same stinking grotto like the failed "Project for a New American Century".
Now it's about all for corporatists or nothing for the people! 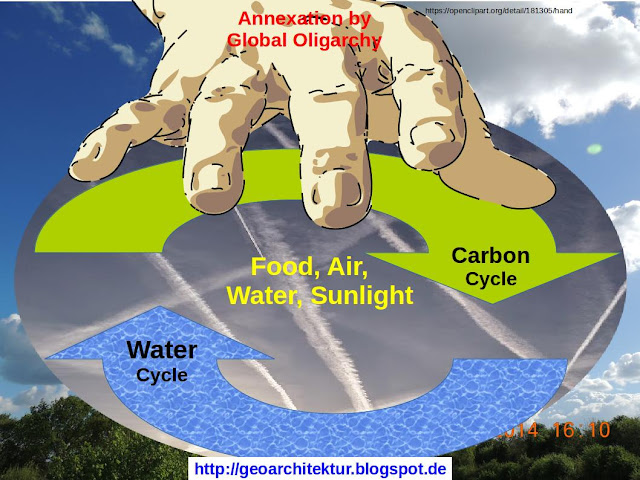 War on water & energy, SRM in the Troposphere (not Stratosphere) by pricing of oil & gas.
http://geoarchitektur.blogspot.de/2015/07/war-on-water-krieg-um-wasser.html

That does not mean, that they don't touch the stratosphere. They are intentionally depleting the ozone in the stratosphere to deliver more energetic radiation to evaporate and lift more water from the oceans, ice caps and glaciers! This is another topic! 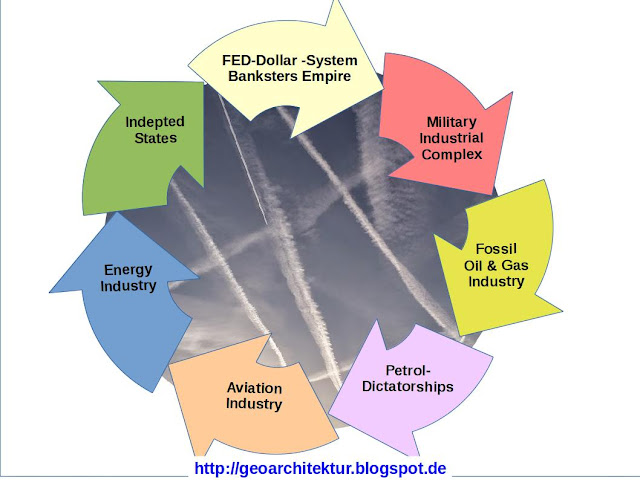 This "project" is a supportive and building element of the current imperial backbone, that is crumbling under the great resistance of Syria, the determination of Iran, the fearlessness of Hezbollah and the great courageous support of the glorious Air Force and Navy of Russia under the leadership of Abu Ali, also known under the names Wlad or Putin!

Abu Ali will be sung in the world's history as the conqueror of the world monster, like Siegfried against the Lindworm or Kava against Zahhak.

What is the policy of the red and black lists, whereby people are defined and observed as terrorists or as victims of targeted killings, if not a list of murder?
What are the targeted killings by CIA killers?
What are the Worldwide murders by drones, shot very often into a wedding party, funeral society, street or market place, in order to eliminate a target person?

Do I need to mention Abu Ghraib in Iraq, Guantanamo in Cuba, Szymany in Poland, Baghram in Afghanistan, Diego Garcia in the Indian Ocean, or other secret torture chambers only to make this clear?

Never expect that of Corporatism wants something good for You! It just wants more power through more money, more dependency, more submission. Do not expect it to "save the world", "abolish poverty", "rescue the climate", "clean the air",  "protect the forests, oceans, endangered animals, the ozone layer".

It tells you only horror stories in order to keep the docile, manageable, anxious. It keeps you mentally always under tension. This method is called the Strategy of Tension.

Look at a collection, to realize the lie stories in context.

After disastrous end of WWI, the monarchies lost their legitimacy and most of them were change to "Republics", but they were unable to solve the political and economic problems. Millions of veterans were jobless and families hungry. In this state of economic catastrophe and power vacuum, some ambitious and powerful capitalists saw their chance to grab the political power by installing Fascist proxies as dictators. So they started to seek for "talented candidates" and supported them.

In Germany the most promising was Adolf Hitler, in Italy Benito Mussolini, in Spain Franco, in Turkey Mustafa Kemal (Atatürk) and others. All these characters accepted their role and developed their own agenda or thought to do so.

For USA they wanted one of the most respected men, the retired general Smedley Butler, but this man lured the Corporatists into a trap and reported everything to the Congress and freshly elected president Theodor Roosevelt.


Major General Smedley Butler & The Fascist Takeover Of The USA - A Warning ... 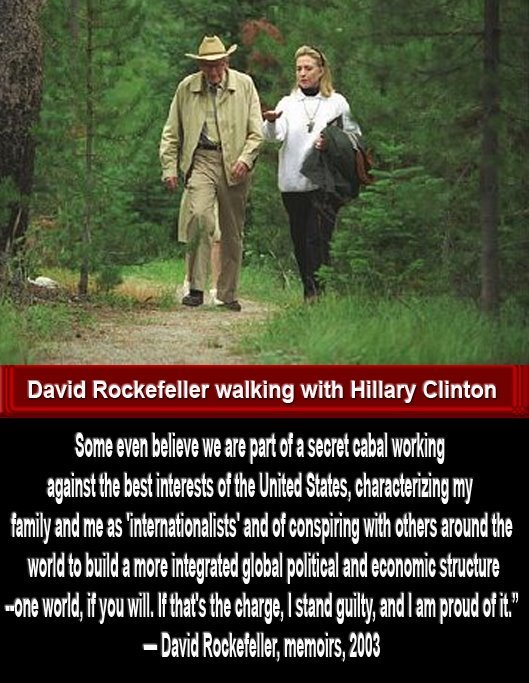 Please don't ignore the methods of propaganda!
Greta Thunberg is the propagandist of geophysical warfare!

I think everyone now agrees that the fake nurse who sold the attack on Iraq in front of the UN lied and knowingly participated in a major humanitarian crime that killed at least a million Iraqis and the Middle East was transformed into a war zone.

It should not be ignored that Iraq has marched to Kuwait with a clear justification, namely the demonstrable assumption that Iraqi oil-gas reserves have been stolen from Kuwait by horizontal drilling and fracking.

The crime which Greta Thunberg sells to the world public is not limited to one country or region, but affects the entire earth.

Greta Thunberg is the ambassador of geophysical warfare and the global robbery of resources previously called "free goods". The predatory, murderous power behind Greta Thunberg is empowered by the sunlight, water cycle, carbon cycle, global air, soil and subsoil.

This criminal empire uses geoengineering, starting in orbit, the ionosphere, the lower stratosphere (ozone layer), tropopause, troposphere, the soil, the ground and the underground.

It is irrelevant whether Greta Thunberg is educated and intelligent enough to knowingly participate or was just brainwashed effectively.

Please read the following articles first and then judge once again about Greta Thunberg!

... to be continued. Suggestions are gladly welcome!!