CONTENT
1. Burka prevents VitaminD!
If the religious people honestly believe that they are the perfect creation of an omnipotent, loving, intelligent, omniscient God, then they must accept the conditions given by the Creator.

Just about all creatures that walk on or over the surface of the Earth are benefiting directly from the Sun's rays. Specifically we the humans are naked by nature, as we have not a fur, no feathers, no scales, but only our bare skin, which has a relatively perfect cooling system. We can sweat from all pores and thus be exposed to the Sun, in the heat to the equator, more than any other mammal.

Can it be the intention of the Creator, that this skin had to be completely covered?

Where is the endurable limit?

In addition to the unknown effects of the light waves that reach us, the effect of UV-B rays is well known as a prerequisite for the formation of the hormone VitaminD. Although it is a hormone, it is traditionally referred as a vitamin.

So what would happen with our health, if we deprive our body off sunlight? Will it be without consequences?

I quote from the following link, recommending to read on there or elsewhere. It's valuable common knowledge that everyone should attain! The website cannot found anymore.

Vitamin D works wonders and is becoming a superstar among vitamins.
http://www.klinik-st-georg.de/newsletter/newsletter-4-2009/vitamin-d-wirkt-wahre-wunder-und-wird-zum-superstar-unter-den-vitaminen/

"It is required for the absorbtion of Calcium and Phosphor in our body and therefore important for healthy bones and teeth. This is the level of knowledge shared by most people about VitaminD. But VitaminD is a basket notion for various molecules delivering the effect of VitaminD: The most important are the the one from plants VitaminD2 (Ergocalciferol) and the one contained in animal products VitaminD3 (Cholecalciferol). Both vitamins have the same biological effect."

Sunbathing under a clear blue sky with clear white and clean clouds!

"Cholecalciferol is made in our skin from 7-Dehydrocholesterol with the help of UV rays or derived from food. In the liver it is rebuild to Calcidiol and delivered to the cells, where it is turned to Calcitriol which behaves like a hormon. Sufficient supply of Vitamin D is therefore decisive for healthy bones and prevents deficiency syndromes like rackets."

"VitaminD is the only vitamin which can be produced by the body itself. It is produced in the skin, under the influence of UV rays. While VitaminD liposolable, our body cannot store much of it. However its activity is not impaired by food preparation and storage and is under usual cooking conditions up to 180 °C thermally stable."

"The active form of VitaminD, which is operative in the body, is the 1,25-dihydroxy-Cholecalciferol, Calcitriol or D-Hormon, which is responsible for the absorbtion of Calcium out of the bowel Darm and for the enclousre of Calciums in the bones.

Undersupply over a long period doesn't not only result in deficiency syndromes like rackets or osteoporosis, but leads also to other important reduction of functions. Indeed one of the main tasks of VitaminD is the maintenance of the Calcium- und Phosphat- Homöostasis, as it cares for the balance between demineralisation and mineralisation in the bones. Also bovel, kidney and parathyroid are important target organs of VitaminD."

"It is particularly abundant in cod-liver, eel and herring. The demand on VitaminD from food depends on the build level by self synthesis, which is influenced by the duration of stay oudoors and the intensity of sun radiation. The VitaminD supply by sunlight is about 80% to 90% of demand. That means 10-15 minutes intensive sunlight on the face and hands daily."

Which lady is more sympathetic for You?

" ... sun creams (lotions) with high sun protection factor give the VitaminD producing UV rays no chance on the skin. But our organism is not prepared for that. Thus by our voluntary abdication of the Sun we condone to a VitaminD deficiency. A big mistake, as VitaminD is not a vitamin, but a hormone and involved nearly at alls body functions: bone health, amyosthenia, cardiovascular diseases, diabetes, hypertonie, cancer, depression etc.
... also protecting from some other major conditions like Multiplis Sklerose (MS), Rheumatoide Arthritis, Diabetes and teethridge diseases. "

On the following pictures the sky is covered with aerosol clouds, which prevent a direct sun radiation. I call this kind of covering Fullsky-Burka! :-) Thus the ladies are covered though being naked.

Thes beautiful siblings wear a Transparent-Burka, because the abundant suntan lotion doesn't allow a little UV-B light onto the skin. :-)


This young lady chose a clean sky and will get enough VitaminD! A bright child! :-)

In our times, the showing of skin has become an act of resistance against deprivation of freedom and expression of willing of freedom. One point should be clear for everybody! The missing respect for women is in the mind and cannot be eliminated from the head of some men by covering the body of women.

Teh veiling not only makes the women sick by depriving VitaminD, it also destroys the communication between humans. The young men, deprived of their natural admiration of women, develop themselves to sharp laden testosterone monsters. Also the women suffer, because they cannot present their beauty and express their admiration of attractive men!

Veiling destroys the whole society and creates hostility, maybe thoughtful or not. Finally, on the knife edge, reasoning becomes irrelevant!

Islam won't be happy until every woman in the world wears a burka. There are no moderate muslims. pic.twitter.com/SkCz0vB5w7
— thought ! (@GeipelSteve) 24. Dezember 2015


So let us be unveiled, healthy and beautyful, in body and soul!

3. Burka against false pandemic!
With the forced masking under the pretended protection from a false pandemic, people are currently conditioned to mask themselves more and more. Little by little we are approaching total cure and Eugenic depopulation! 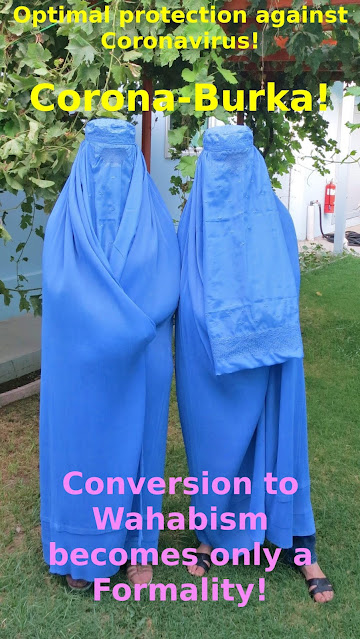 4. Enjoy the beauty, before it is forbidden!
Feedback to extend the Flickr-Gallery or nice pictures for an album, which You would like to have here are welcome.
This embedded gallery shall strengthen the resistance! 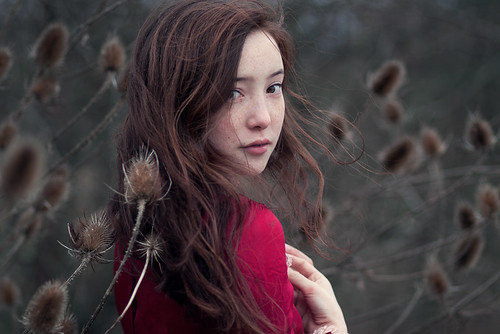 #Manbij Woman takes off the black veil ISIS forced her to wear, once the SDF liberate her village. pic.twitter.com/3ksNimYx7g